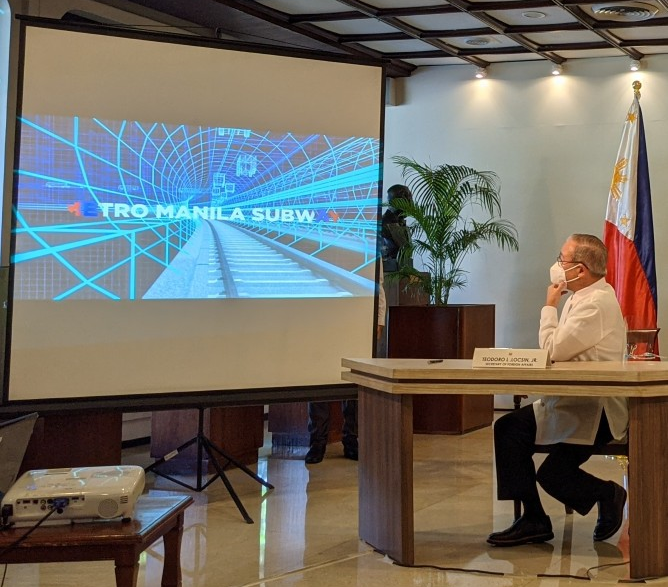 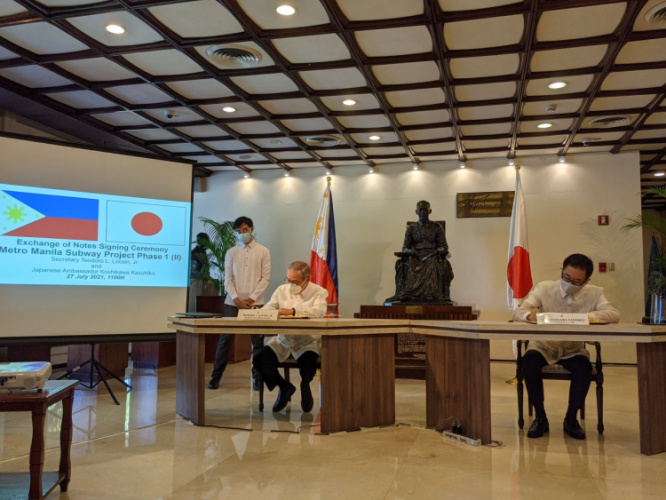 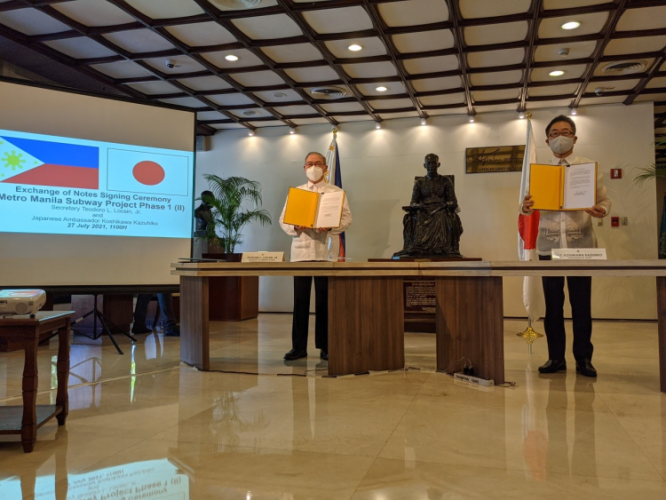 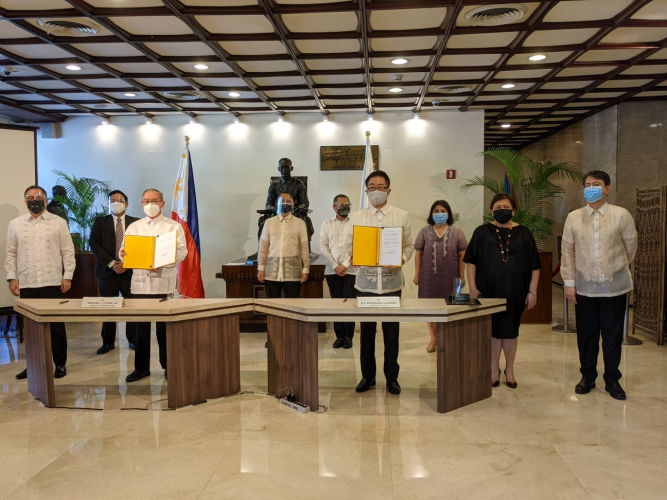 The Metro Manila Subway will be the Philippines' first completely underground railway system, began the construction in February 2019, funded by the Government of Japan.

This 27km subway project is one of the flagship developments under the Build, Build, Build program, which will live on for generations to come. The subway will address the worsening congestion in Metro Manila caused by poor road network and the rising population's demand for transportation.

Today’s additional funding will provide for the expansion of the original planning line to include 2 more stations (17 stations in total), a spur line to Ninoy Aquino International Airport and rail tracks that will also be used by the North-South Commuter Train.

Japan's assistance, through a variety of ODA support, will provide the Philippine government funds to build this quality infrastructure utilizing Japanese state-of-the-art technologies and expertise from years of railway experience in its design, construction and operation stages.