The first retarding basin in the Philippines is completed in Cavite 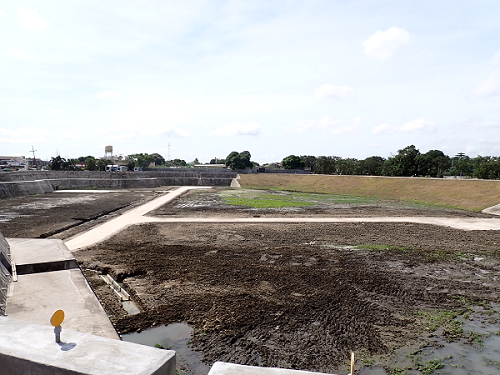 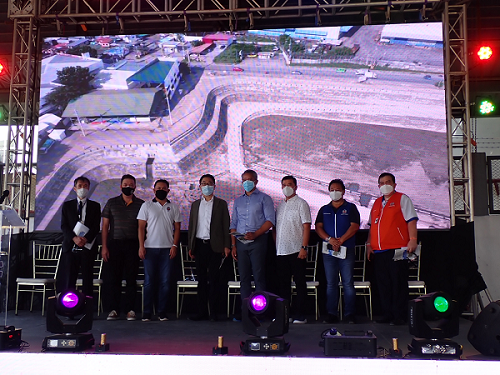 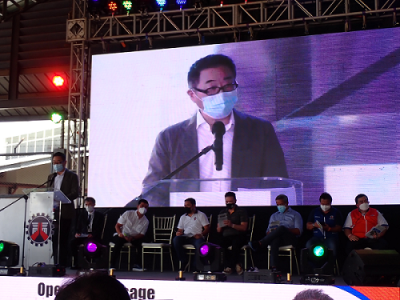 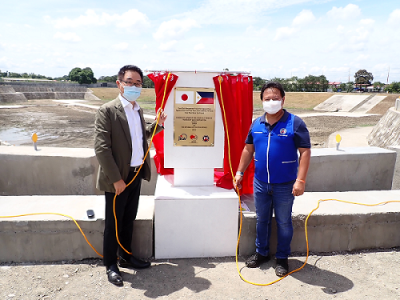 Today, Japanese Ambassador KOSHIKAWA Kazuhiko joined DPWH Secretary Mark Villar and Cavite Governor Jonvic Remulla at the inauguration of the Imus Retarding Basin.  Designed to mitigate flood damage in low-lying areas, the project is part of the Flood Risk Management Project for Imus River, which is financed by ODA from the Government of Japan.

The Imus Retarding Basin includes an 84meter overflow dike, standing an average of 3 meters in height with 1.3 kilometer of surrounding dike and 1.1 kilometer of separating dike.  DPWH excavated approximately 2 million cubic meters of soil to unearth 7 meters in depth in the 35-hectare land area for the retarding basin.

Retarding basins are being constructed to temporarily store most, if not all, of the rainwater run-off during very high rainfall, to absorb and contain flooding in periods of high rain and later release at regulated flow rate.  Based on a flood management master plan for Imus River prepared by Japan International Cooperation Agency (JICA), the project also includes another retarding basin in Bacoor which will be completed before the year ends.

During the ceremony, Ambassador Koshikawa emphasized that “the proper operation and maintenance of this first retarding basin .. will serve as key in demonstrating its full capability in the long run.”   He later urged local personnel to work together “to make every Caviteño feel safer and more protected from typhoons and flooding.”

Similar flood mitigation projects were also completed with assistance from the Government of Japan at the Cagayan River Basin in North Luzon and Tagoloan River Basin in Misamis Oriental, in support of the Philippines’ disaster preparedness initiatives.
(END)