Japan hands over 3,333 bags of rice to Typhoon Odette affected families in Bohol 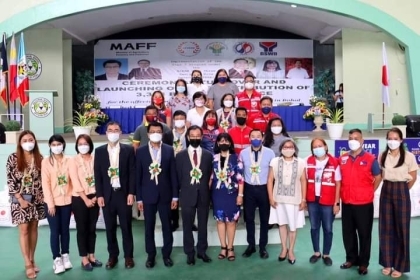 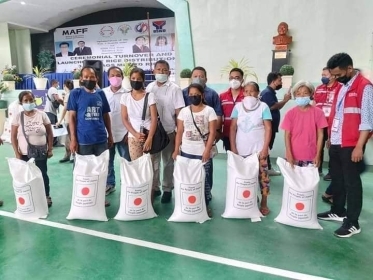 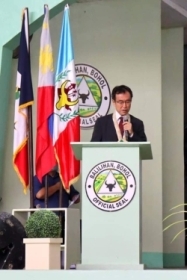 During the ceremony, Minister NAKATA cited that Japan remains as the biggest contributor of APTERR rice in the Philippines. He expressed pleasure to witness firsthand the rice distribution and hoped these will be a source of revitalization to the affected families.

Minister NAKATA affirmed that Japan looks forward to adding more fruitful endeavors to this Japan-APTER-NFA partnership’s long list of achievements. “Together, we will overcome any challenges and rise above each storm to attain regional food security,” he concluded.

APTERR is a regional cooperation started in 2012 to strengthen food security, poverty alleviation and malnourishment eradication among its member countries. In the Philippines, several thousand tons of stockpiled rice from Japan under APTERR were distributed to thousands of victims of devastating typhoons such as Yolanda in 2013, Ineng in 2015 and Jenny in 2019, among others. In 2020, Japan also provided 425 metric tons of rice to communities affected by the Taal Volcano eruption. Last year, two metric tons of pre-cooked rice were distributed to families affected by COVID-19 in Quezon City and the City of Manila as well as selected parts of Bulacan and Cavite under the APTERR.