2022/11/3
On November 3, 2022, the Government of Japan announced the recipients of the 2022 Autumn Conferment of Japanese Decorations. In the Philippines, the following 5 individuals were decorated:

Honorable Albert F. Del Rosario
Honorable Albert F. Del Rosario served as the Secretary of Foreign Affairs from 2011 to 2016. In such capacity, Former Secretary Del Rosario was instrumental in building the Japan-Philippines bilateral relationship towards becoming a “strategic partnership”. Especially, he has significantly contributed in ensuring the safety of ships navigating the waters around the Philippines by strengthening the maritime security relations between both nations. Hon. Del Rosario has also contributed in promoting the rule of law through the arbitration case regarding the South China Sea. 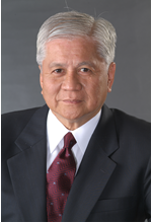 Honorable Carlos G. Dominguez III
Honorable Carlos G. Dominguez III served as the Secretary of Finance and as the Philippine chair of the Japan-Philippines High-level Joint Committee on Infrastructure Development and Economic Cooperation from 2016 to 2022. Former Secretary Dominguez exercised outstanding leadership in promoting cooperation between the two countries and contributed to the “fast and sure” implementation of Japan's official development assistance (ODA) in the Philippines. He also took the lead in the further development of the Subic Bay area, which plays an important part in regional security environment as a strategic point and gateway to the South China Sea. Furthermore, as co-chair of the National Government–Bangsamoro Government Intergovernmental Relations Body, Former Secretary Dominguez promoted the steady progress of the peace process in Mindanao, which Japan has pushed forward for many years. He has contributed in many ways to Japan-Philippines bilateral policies and strengthened economic relations over the recent years.

Honorable Arthur P. Tugade
Honorable Arthur P. Tugade served as the Secretary of Transportation from 2016 to 2022. Former Secretary Tugade promoted bilateral cooperation between Japan and the Philippines in the field of transportation, including railways, aviation, and maritime security. In particular, under his leadership, the Metro Manila Subway Project and the North-South Commuter Railway Project, both supported by Japan’s ODA, were able to advance smoothly despite the limitations imposed by the coronavirus pandemic. He also made substantial contributions to enhancing Japan-Philippines maritime security cooperation through the signing of a memorandum of cooperation fostering information exchange and human resource development, as well as through regular meetings, close information sharing between officials, and joint training exercises.

Mr. David F. Carter
Mr. David F. Carter has been a key figure in the promotion and development of judo in the Philippines. He is a member of the Kodokan Judo Institute in Japan holding a 5th Dan Judo Blackbelt, and a sports fellow of the Japan Foundation since 2001. He also amassed vast professional experiences in coaching and managing regional and international judo events. Presently, he is the Secretary General of the Philippine Judo Federation, Inc. and is concurrently the Director of the Philippine Olympic Committee. His dedication to judo has paved way for the deepening and broadening of Japan-Philippine relations especially in the field of sports cooperation. He continues to be an active member of the Judo Union of Asia as its Sports Director and with the International Judo Federation. 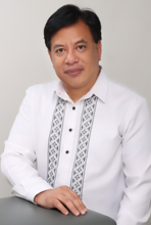 The Government of Japan extends its sincere congratulations and commends their active role in strengthening the close relationship between Japan and the Philippines.