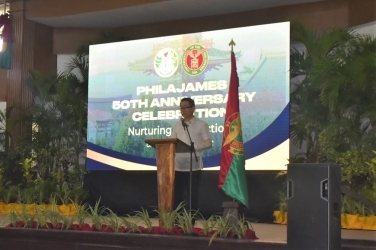 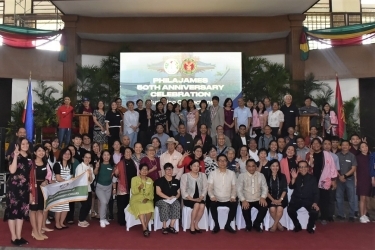 On 10 December 2022, Ambassador KOSHIKAWA Kazuhiko joined the commemoration of  50th Founding Anniversary of the Philippine Association of Japanese Government Scholars (PHILAJAMES) at the University of the Philippines – Los Banos (UPLB). Together with officers of the Embassy of Japan in the Philippines, Ambassador Koshikawa took part in the celebration led by PHILAJAMES President Dr. Nappy Navarra, UPLB Chancellor Dr. Jose Camacho.

During the ceremony, Ambassador Koshikawa also awarded the Ambassador’s Commendation to the PHILAJAMES in recognition for their achievements. 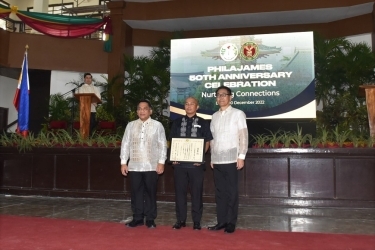 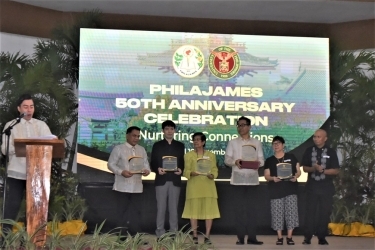 In his message, Ambassador Koshikawa expressed high regards for the PHILAJAMES’ tremendous contribution to the development of post-war Japan-Philippines relations. He also shared optimism over the future of the organization. “I sincerely hope that, through the activities of PHILAJAMES, many talented young Filipinos will continue to study in Japan as MEXT scholars, and that they will contribute to the development of the Philippines and play a pivotal role in strengthening the ties between the Philippines and Japan” Ambassador said.

Accordingly, Dr. Jose Camacho, Chancellor of the University of the Philippines Los Baños, also shared his deep gratitude for the MEXT Scholarship program and its alumni. He also stated that he is pleased to see Filipinos who studied in Japan have become a bridge between Japan and the Philippines. Dr. Camacho finished his Doctor of Economics at Kyoto University, Japan. 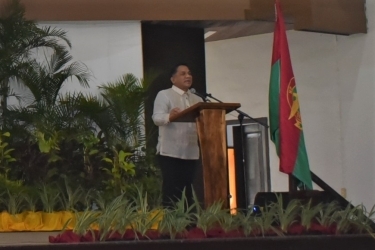 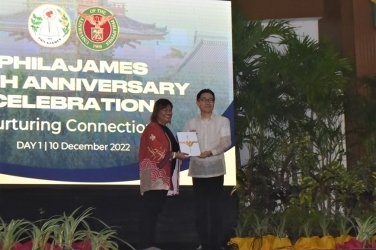 The PHILAJAMES’ Coffee Table Book, entitled “Tsunagari…Kawingan”, was also launched to commemorate the 50th Founding Anniversary, followed by a tour of the UPLB Bazaar and One Stop Shop.