Japan Supports Four (4) Projects for Peace and Development in Mindanao

On December 13, 2018, Japanese Ambassador Koji Haneda signed four (4) grant contracts in Cotabato City with the representatives of the recipient organizations for various social development projects in conflict-affected areas in Mindanao. These projects are funded through the Grant Assistance for Grassroots Human Security Projects (GGP)*1 implemented by the Embassy of Japan as part of the Japan-Bangsamoro Initiatives for Reconstruction and Development (J-BIRD)*2. Japan believes that these projects will contribute to the peace and development in Mindanao and will further strengthen the existing strategic partnership between Japan and the Philippines. The ceremony was attended by Commissioner Haron Abas of the Bangsamoro Transition Commission (BTC) and MILF Central Committee Secretary; Commissioner Susana Salvador-Anayatin of the Bangsamoro Transition Commission (BTC); Director Arvin Chua of the Office of the Presidential Adviser on the Peace Process (OPAPP); Head of Mission Datu Haji Mohd Nazir bin Haji Mami of International Monitoring Team.

The newly approved projects amounting to 286,680 US dollars (approximately 15.3 million pesos) will be used for the construction of classrooms, water system, training center, and crisis center for Children in Conflict with the Law (CICL) in various areas in Mindanao.

1. The Project for the Construction of Classrooms for Datu Ayunan Elementary School in Cotabato City
Proponent: City Government of Cotabato
Amount of Grant: US$ 67,984 (approximately 3.7 million pesos)

The Grade 1 classrooms of Datu Ayunan Elementary School are already found to be dilapidated, making it unsafe and unconducive to conduct classes. The project will provide a 1-storey 3-classroom building and school furniture. It aims to provide a conducive learning environment for the students of Datu Ayunan Elementary School by replacing the dilapidated classrooms. The completion of the project will benefit more than 100 students who will have a better and safer learning environment. 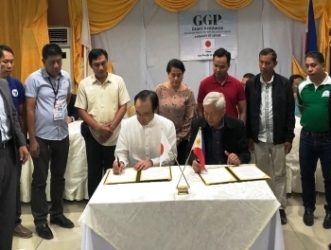 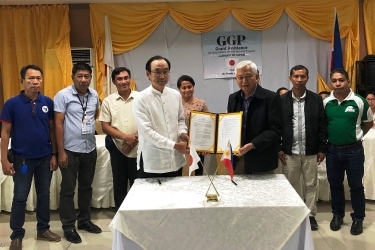 One of the pressing concerns of the Municipality of Tampakan is the high percentage of underemployment and unemployment due to limited capability of their residents, including a high number of out-of-school youths (OSYs). The project aims to provide the municipality an improved training facility with new equipment to facilitate the training for the beneficiaries and increase their opportunities for employment. Once the project is completed, it is seen to benefit around 10,000 unemployed and underemployed in the municipality. 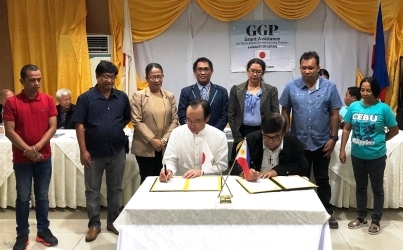 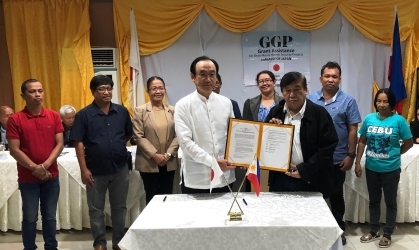 The Municipality of President Roxas considers the number of Children in Conflict with the Law (CICL) an immediate concern especially that the LGU does not have the proper facility to admit the CICL. The project will provide a 1-storey crisis center including furniture. It is expected to give a safe haven for the male children in conflict with the law in President Roxas where they can be interned for the duration of their court trial. The crisis center will also provide intensive interventions to prepare the CICL for their reintegration to their respective families and communities. 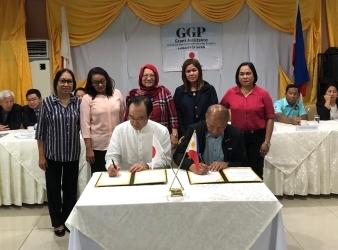 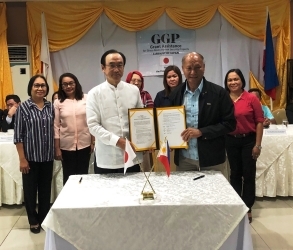 Water supply shortage has been a frequent problem in the Municipality of Tupi, South Cotabato, especially in its Barangay Kablon. Residents, especially the children and women, have to spend around 4 to 6 hours every day just to fetch water. In addition, water sources was found to be unsafe as they contain bacteria that can cause diseases. The project includes construction of water system in Sitio Latil, Tukaykalon and Taluban of Barangay Kablon, Tupi, South Cotabato. Upon completion, 308 households or more than 1,000 individuals will have better access to potable water. The project is also expected to reduce occurrence of water-borne diseases among the families in the community with the provision of a water treatment facility. 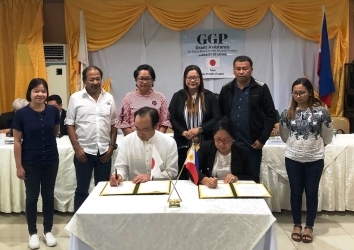 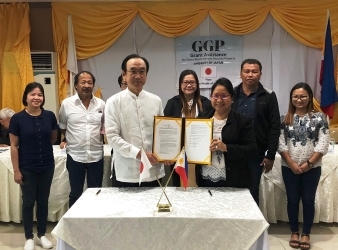 Note*1 The Government of Japan, as the top ODA donor for the Philippines, launched the Grant Assistance for Grassroots Human Security Projects in the Philippines in 1989 for the purpose of reducing poverty and helping various communities engaged in grassroots activities. At present, 538 grassroots projects have been implemented by the GGP. Japan believes that these projects will not only strengthen the friendship between the peoples of Japan and the Philippines but also contribute in sustaining strategic partnership between the two countries.

Note*2: Since 2006, Japan has been intensively implementing Grant Assistance for Grassroots Human Security Projects and other ODA projects for conflict affected areas in Mindanao, collectively called J-BIRD (Japan-Bangsamoro Initiative for Reconstruction and Development). Their total amount is over 200 million US Dollars. Furthermore, when former President Aquino made a state visit to Japan in June 2015, Japanese Prime Minister, Mr. Shinzo Abe, expressed at their summit meeting his support for efforts by the Government of the Philippines to secure enduring peace in Mindanao, and stated that the Government of Japan will promote the J-BIRD II, in view of the establishment of a new autonomous political entity