Turnover Ceremony for “The Project for the Construction of Classrooms in Bagong Buhay Elementary School, Ormoc City, Leyte” under the Grant Assistance for Grassroots Human Security Projects (GGP) 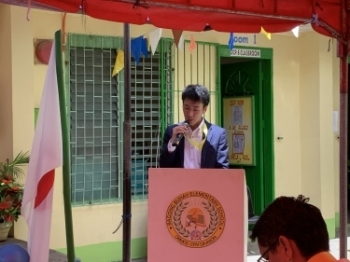 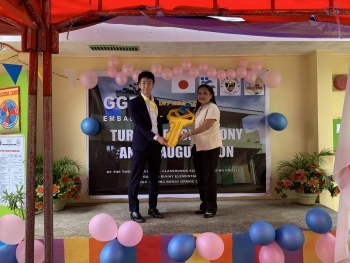 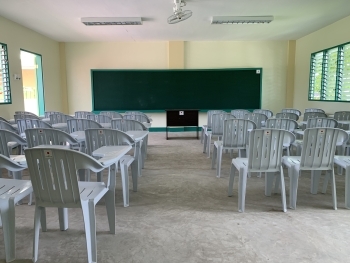 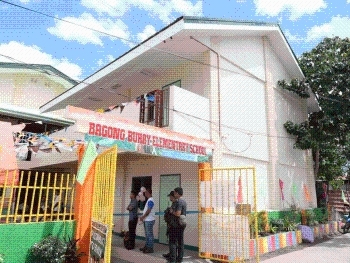 The project was approved in 2017, and is part of Japan’s Official Development Assistance (ODA) through the Grant Assistance for Grassroots Human Security Projects (GGP).

Numerous school buildings in Leyte were severely damaged by typhoons which passed through the province, including Typhoon Haiyan in 2013. Due to the lack of resources and ever-increasing enrollment, the school had to use makeshift classrooms to accommodate its students. The makeshift classrooms are made up of bamboo, plywood and plastic tarps which are not safe and conducive learning environment for children.

Through the GGP, the Embassy of Japan provided assistance to the IsraAID Philippines with a grant amounting to Forty-Eight Thousand Five Hundred Fifty Six US Dollars (USD 48,556) or approximately 2.4 million pesos. The grant covered the construction of the two-storey two-classroom school building and the provision of furniture and fixtures which will benefit more than 400 students of Bagong Buhay Elementary School.

The Government of Japan, as the top ODA donor for the Philippines, launched the Grant Assistance for Grassroots Human Security Projects in the Philippines in 1989 for the purpose of reducing poverty and helping various communities engaged in grassroots activities. At present, GGP had implemented 543 grassroots projects in the country. Japan believes that these projects will not only strengthen the friendship between the peoples of Japan and the Philippines but also contribute in sustaining strategic partnership between the two countries.