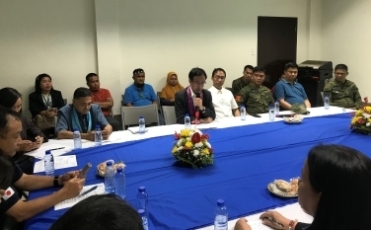 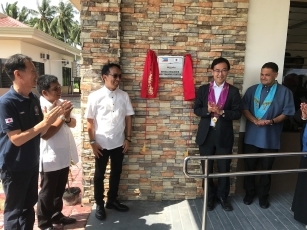 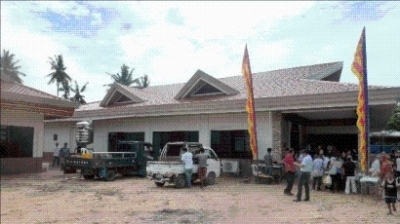 On 23 September 2019, the Embassy of Japan’s Minister Nakata Masahiro attended the inauguration ceremony of the Bitiala Center in Cotabato City, which is part of Government of Japan’s support for countering terrorism and violent extremism in Asia.

The project aims to reinforce the role of education, promote dialogue between different religions, and enhance the young generation’s capabilities for countering violent extremism. In addition, it implements capacity building to prevent human trafficking from violent extremism. "Bitiala" is a Maguindanaon term that means "a conversation wherein several parties are sitting down, talking and listening to one another in order to find a common ground and to engage into something for the common good of the community.” In collaboration with the Ateneo de Davao University, Japan is initiating various projects to reconcile religious confrontation and support capability enhancement trainings for teachers at this center.

It is with the highest hope that this project, along with other continuing gestures of support from Japan, will reinforce the peace process in Mindanao and lead the Bangsamoro people to a peaceful life that they deserve.