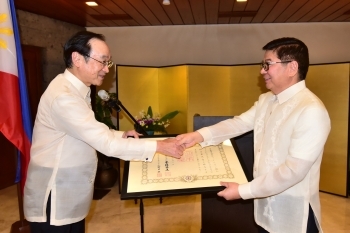 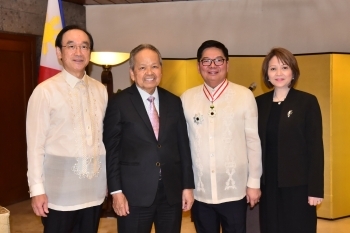 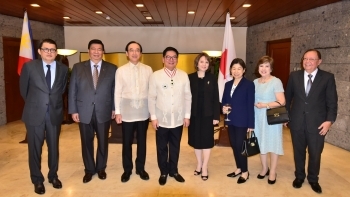 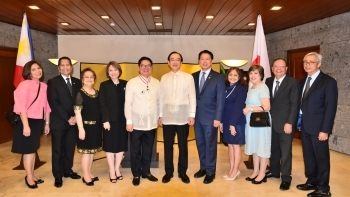 Mr. Amando Maglalang Tetangco, Jr. received the Order of the Rising Sun, Gold and Silver Star, in a conferment ceremony held at the Japanese Ambassador’s Residence on Wednesday, December 11, 2019.

The award, conferred by Ambassador Koji Haneda on behalf of His Majesty the Emperor of Japan, was given in recognition of his invaluable contribution to strengthening the relations between Japan and the Philippines in the financial sector.

In his congratulatory message, Ambassador Haneda lauded the leadership of Mr. Tetangco as the Governor of the Bangko Sentral ng Pilipinas (BSP) for 12 years and expressed his appreciation for his strong support on the full liberalization of foreign banks’ entry into the Philippines in 2014. Mr. Tetangco also actively played his part in regional finance stabilization by promoting both regional and bilateral financial cooperation led by Japan, including the bilateral currency swap arrangement and joint working group on financial cooperation between Japan and the Philippines.