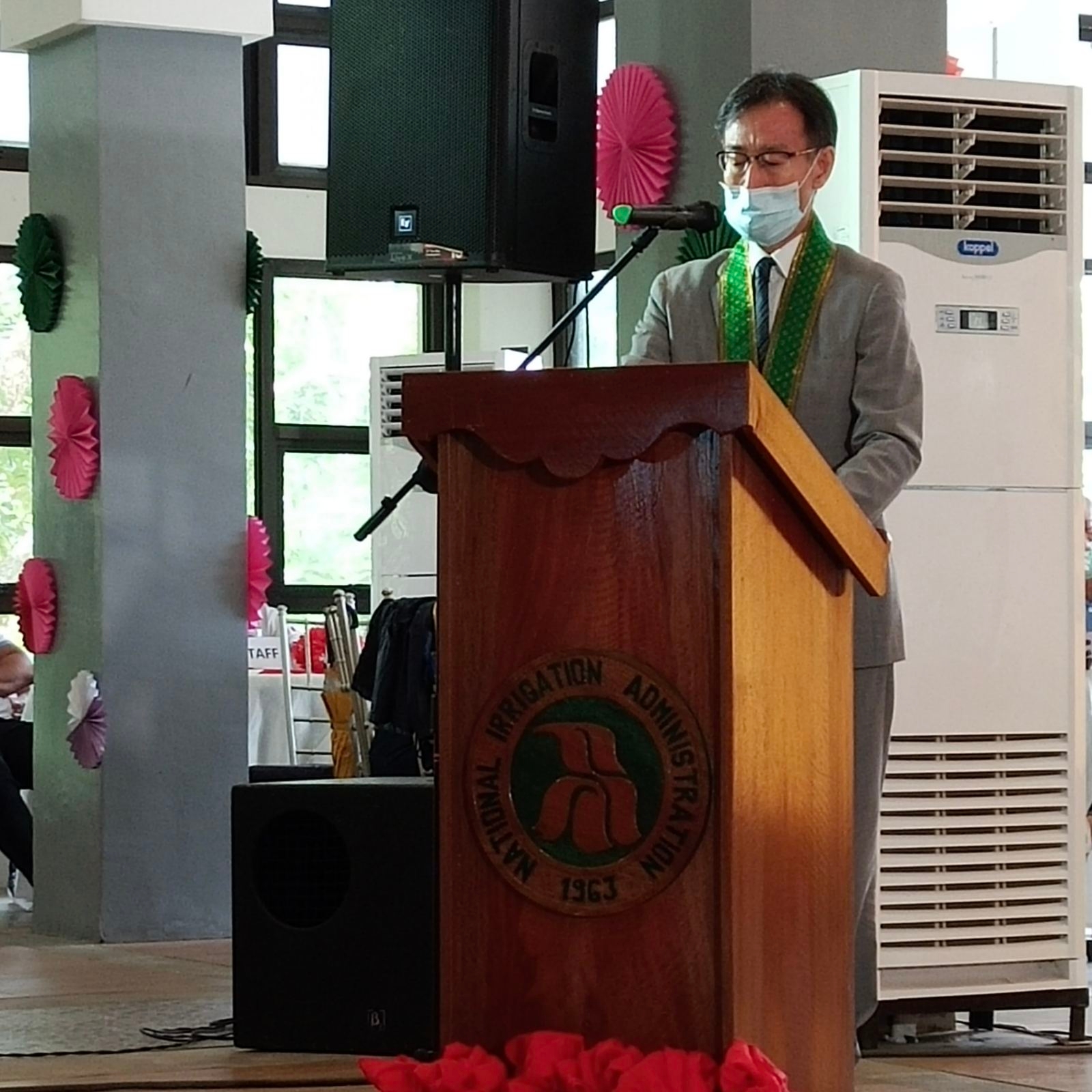 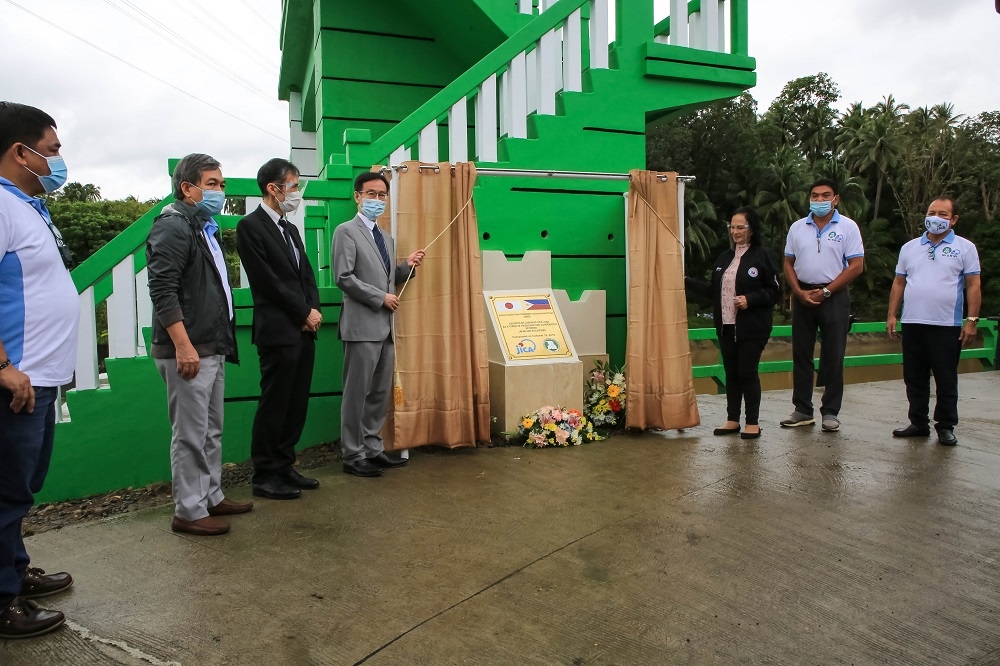 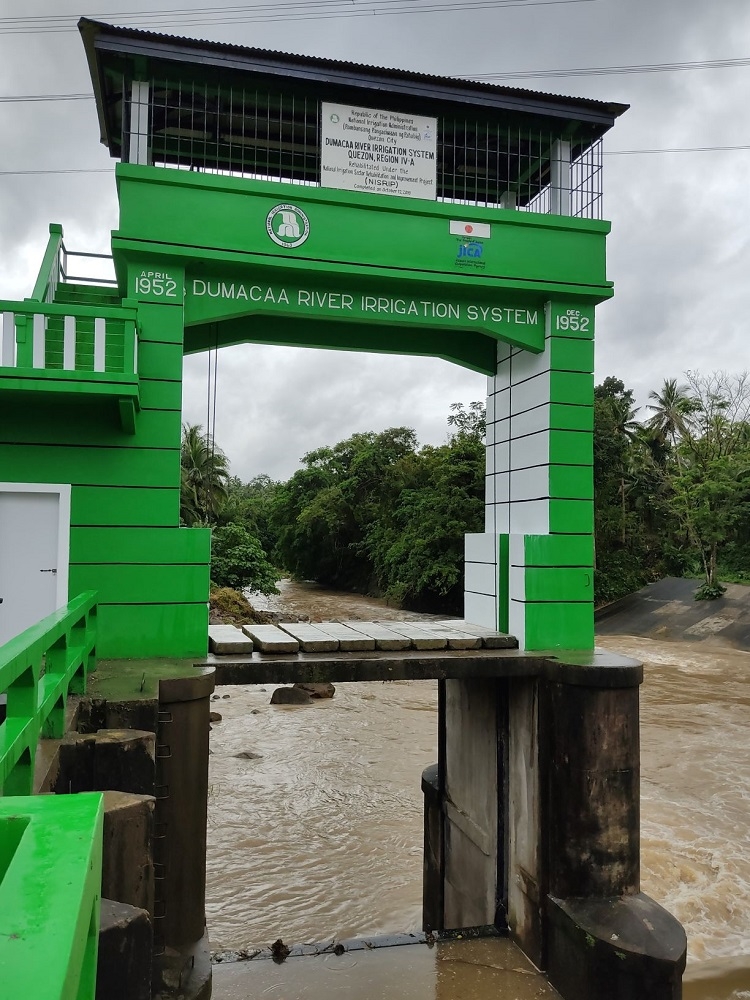 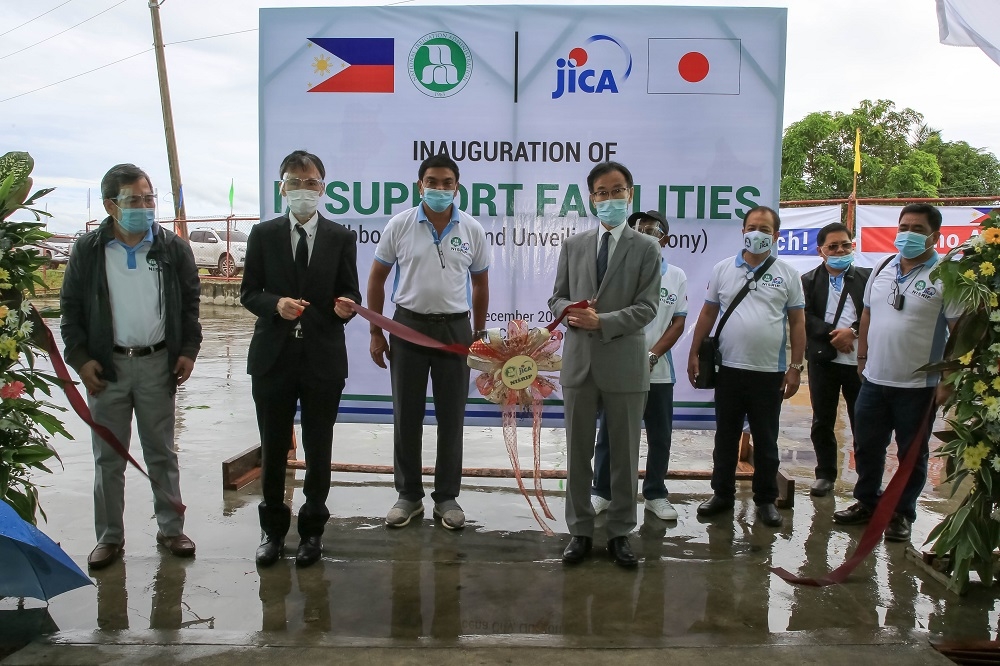 In his speech, Minister Nakata highlighted, “the wide-ranging impact of this endeavor will contribute to the enhanced lives of farm households in the municipality of Pagbilao as well as the cities of Lucena and Tayabas. The NISRIP project provides a shining example of the relationship between the Philippines and Japan.”

The monumental 6.187 billion Yen NISRIP Project targets to rehabilitate 11 river irrigation systems (RIS) nationwide. Four RIS including the Dumacaa RIS in Quezon have been completed. This 115 million pesos subproject covers rehabilitation of the Alsam Dam that will restore around 1,839 hectares of service areas. Around 1,795 farmers in the municipality of Pagbilao and cities of Lucena and Tayabas stand to benefit from this undertaking. The Dumacaa Federation of Irrigators’ Associations will also be strengthened with the provision of four buildings with combined office and support facilities. These will also be complemented with vital agricultural support. All of these interventions are vital enablers to increase farm yield and productivity, accelerate farm income, and deliver growth in Quezon’s agricultural community.