Top > Turnover Ceremony of “The Project for the Repair and Upgrading of the Main Health Center Building and Purchase of Laboratory Equipment in Dingalan, Aurora”

Turnover Ceremony of “The Project for the Repair and Upgrading of the Main Health Center Building and Purchase of Laboratory Equipment in Dingalan, Aurora” 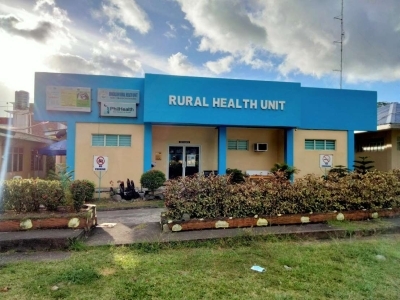 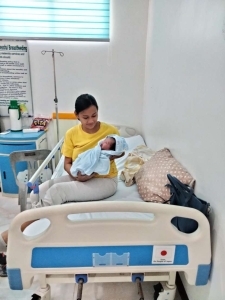 On March 7, 2022, Third Secretary Yumi YAMADA of the Embassy of Japan attended the turnover ceremony for the “The Project for the Repair and Upgrading of the Main Health Center Building and Purchase of Laboratory Equipment in Dingalan, Aurora.” Municipality Mayor Shierwin Taay also graced the event as representative of the local government.

Due to the lack of a road network to and from surrounding municipalities and cities, 90% of the residents in Dingalan use healthcare services offered by the Dingalan Municipal Health Center, the only public health facility in Dingalan. However, with no surgical room, insufficient space for birthing, insufficient medical and clinical equipment, the health center could not provide adequate medical services.

To address this issue, the Embassy of Japan provided a grant amounting to USD 109,567 or approximately 5.8 million pesos to the local government unit of Dingalan. The grant covered the repair and upgrade of the main health center building and procurement of 21 types of medical equipment including oxygen tanks, CBC analyzer machine, and medical infant warmer.

In her message during the ceremony, Third Secretary YAMADA expressed her hope that now that project is completed, 5,000 patients of the Municipal Health Center who need healthcare services every year, including 650 pregnant women, feel much safer and protected knowing that they will be well taken care of in their hometown.

As the top ODA donor for the Philippines, the Government of Japan launched the Grant Assistance for Grass-roots Human Security Projects in the Philippines in 1989 to reduce poverty and help various communities engage in grassroots activities. At present, 553 grassroots projects have been implemented by the GGP. Japan believes that these projects will strengthen the friendship between Japan and the Philippines and contribute to sustaining strategic partnerships between the two countries.