Top > Turnover Ceremony for “The Project for the Construction of Classrooms for Julian P. Gomilla Elementary School in Ilog, Negros Occidental”

Turnover Ceremony for “The Project for the Construction of Classrooms for Julian P. Gomilla Elementary School in Ilog, Negros Occidental” 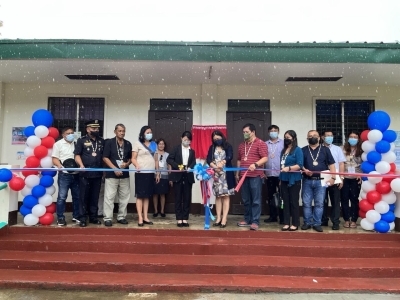 On August 23, 2022, Third Secretary YAMADA Yumi of the Embassy of Japan in the Philippines, together with Executive Secretary to the Office of the Mayor Gideon Padilla (representing Ilog Municipal Mayor John Paul Alvarez), other LGU officials, Department of Education officials led by District of Negros Occidental School Division Superintendent Marsette Sabbaluca, school teachers, selected students, and parents, attended the turnover ceremony in Ilog, Negros Occidental, for “The Project for the Construction of Classrooms for Julian P. Gomilla Elementary School in Ilog, Negros Occidental.” The project was approved in 2017 and is part of Japan’s Official Development Assistance (ODA), funded through the Grant Assistance for Grass-Roots Human Security Projects (GGP). 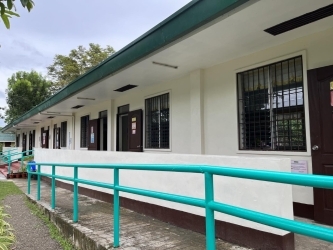 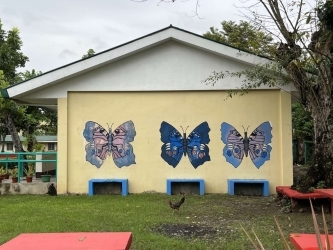 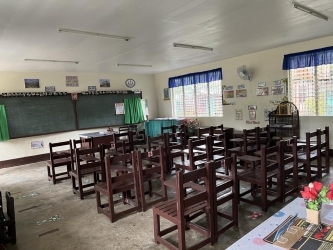 Originally established in 1947, Julian P. Gomilla Elementary School is a public elementary school in Barangay Manalad, Ilog. The outdated school building, with its dilapidated classrooms, have been regarded unsafe for the students. Furthermore, Ilog (which literally means “river” in Tagalog) is surrounded by the longest river in Negros Island and is prone to flooding during the rainy season. As Barangay Manalad is classified as a lowland area, it was deemed necessary to set up more evacuation centers in the barangay in case of emergencies.

To address both issues, the Embassy of Japan provided a grant amount of USD 77,753 or approximately PHP 3.9 million1 to the Municipal Government of Ilog. The grant covered the construction of a one-storey, four-classroom building, which will also serve as an evacuation center. Third Secretary YAMADA of the Embassy of Japan delivered the speech on behalf of Ambassador KOSHIKAWA Kazuhiko. She expressed joy that the timely project will be able to provide a safe learning environment for students when they return to face-to-face classes this school year and, at the same time, assist the community of Barangay Manalad as an evacuation center during disasters.

As the top ODA donor for the Philippines, the Government of Japan launched the GGP scheme in the Philippines in 1989 to reduce poverty and help various communities engage in grassroots activities. At present, 553 grassroots projects have been implemented by the GGP. Japan believes that these projects will strengthen the friendship between Japan and the Philippines and contribute to sustaining strategic partnerships between the two countries.